If there’s a sure-fire way of telling which direction the camera market is taking, it’s by examining the new lenses being released by third-party makers. Like its main rivals, Tamron has recently refocused its attention almost entirely in the direction of full-frame mirrorless, with five of its seven new lenses in 2019 being for Sony’s E-mount cameras. Now it’s added another, in the form of a broad-range superzoom – an area in which the firm has considerable expertise.

However, even a quick parse of the lens’s name reveals that the 28-200mm F/2.8-5.6 Di III RXD is above the norm, being the first of its type to boast such a large maximum aperture, rather than the more usual f/3.5 or f/4. It also offers impressively close focusing, ranging from 19cm at wideangle to 80cm at telephoto.

The lens extends considerably on zooming to 200mm

In terms of design philosophy, this new optic closely matches the rest of Tamron’s E-mount range. Despite its large aperture, it’s relatively small and lightweight, at 117mm long and 575g, which can be attributed to two design decisions. Tamron has adopted a modest 28mm view at wideangle, and omitted optical stabilisation, relying on the camera’s in-body image stabilisation (IBIS) instead.

This allows use of the same 67mm filter thread as its E-mount stablemates, but it means the lens is a poor match to first-generation Alpha 7 series bodies that lack IBIS. Meanwhile APS-C users will be better served by the optically-stabilised 18-200mm F/3.5-6.3 VC Di III.

Tamron says that the lens has been designed to deliver high resolution into the image corners. To this end, it’s incorporated plenty of exotic optics in the 18-element, 14-group design, including two hybrid aspherical elements and two glass-moulded aspherical elements. These are joined by an extra-low dispersion (XLD) glass element and two low dispersion (LD) glass elements to minimise chromatic aberration. The lens is also designed to make full use of in-camera software corrections, to give the cleanest possible images.

A locking switch can fix the zoom at the 28mm position

The barrel boasts weatherproof construction, with seals around the zoom and focus rings, as well as the mount. A fluorine coating promises durable oil and water resistance for the front element, and a bayonet-mount petal-type hood comes in the box. The lens is fully compatible with Sony’s latest technologies such as Eye-AF and Fast Hybrid AF, and its firmware can be updated via the camera body if required, negating the need to buy an additional dock.

Tamron has achieved this feat by using high quality plastics for the barrel construction. As a result, the lens handles very well, with the broad zoom ring falling readily to hand, and requiring a turn of approximately 90 degrees to traverse its full range. I had no problem with zoom creep, instead finding that the lens held its position when pointed vertically up or down, but a small switch allows it to be locked at the 28mm mark just in case. The manual focus ring operates smoothly, allowing precise adjustments on the rare occasions that it’s needed.

For focusing, Tamron has employed the same Rapid eXtra-silent stepping Drive (RXD) motor as in its recent 17-28mm f/2.8 and 28-75mm f/2.8 E-mount optics. This moves the focus group directly without any intermediate gearing, giving fast, silent autofocus for both stills and video use. Like most AF lenses for mirrorless cameras, manual focus exploits the same mechanism.

In practical use the autofocus works very well, and is generally limited more by the camera body than the lens itself. On the Alpha 7 III it’s excellent, giving rapid, decisive response with both static and moving subjects. Not surprisingly, the older Alpha 7 II struggles a bit more, especially at the telephoto end in low light, taking noticeably longer to acquire focus. But as usual with on-sensor AF systems, there’s little to complain about with regard to accuracy.

One big advantage of mirrorless systems over DSLRs is the additional flexibility they bring to optical design, by enabling lens elements to be positioned much closer to the image sensor. Tamron appears to have exploited this to produce a lens that delivers much better pictures than you might expect, given its large aperture and broad range.

Evaluated on the 24MP Alpha 7 III, the lens resolves impressive levels of detail in the centre of the frame, even at maximum aperture. Not surprisingly, it can’t maintain this level of performance across the entire image area, with sharpness gradually deteriorating towards the periphery. But even at f/2.8, the corner blurring isn’t excessive, and in real-world use you’ll probably lose more sharpness due to limited depth of field.

Stopped down to its sweet spot around f/8-f/11, the lens gives pretty good results from corner to corner. It won’t match a prime or premium zoom, especially on high-resolution sensors, but for many purposes it’ll be plenty good enough.

As usual with this kind of lens, the degree of corner blurring also diminishes as you zoom in, with visibly better results at 50mm compared to 28mm. By the time you hit the 100mm mark, images are sharp across essentially the entire frame, even when shooting wide open. Zoom all the way to 200mm, and a degree of corner blurring returns, however it can be fixed by stopping down to f/11. But again, depth of field is likely to be a far bigger concern. Unlike older superzooms, the lens also maintains its sharpness really well for close-up shooting.

Typically superzooms suffer from curvilinear distortion, and the 28-200mm is no exception. However, its barrel distortion at 28mm is much less severe than usual for this kind of lens – perhaps a happy consequence of that relatively unambitious wideangle setting. But across most of the zoom range, it shows considerable pincushion distortion, so I’d recommend keeping compensation enabled in the camera’s menu.

Likewise, it’ll make sense to apply corrections in raw processing for many subjects. No Adobe profile was available at the time of writing, but as a guide, I found applying values of +4 at 28mm, -10 at 50mm, -9 at 100mm, and -6 at 200mm to the distortion-correction slider in Camera Raw gave good results.

Another characteristic flaw of superzoom lenses is colour fringing due to lateral chromatic aberration (CA), which is most visible towards the extremes of the zoom range. The 28-200mm is no exception, showing green and magenta fringing towards the corners of the frame, so again it’s essential to ensure in-camera corrections are enabled. Users of Adobe software will be pleased to find that it automatically compensates for this CA in raw processing using information embedded in the file metadata. Vignetting is also very apparent at large apertures, but it disappears on closing down a couple of stops.

One area where the lens really excels is with regards to bokeh, delivering beautifully defocused backgrounds when shooting at close range and large apertures. Credit to Tamron here, as this isn’t often a strength of superzoom optics. It’s also reasonably well-behaved when shooting into the light, showing relatively little image degradation due to flare and ghosting.

One big question in comparison with the Sony FE 24-240mm F3.5-6.3 OSS is whether the Tamron’s lack of optical stabilisation might be a problem. Clearly it makes the lens much less attractive to users of first-generation A7 cameras, but how about for those that have in-body image stabilisation? In general IBIS tends to work well with wideangle lenses, but is less effective than optical stabilisation at telephoto. Sony cameras use a combination of both systems with the 24-240mm, getting the best of both worlds.

Without having both lenses side-by-side it’s difficult to make a definitive statement, but using the Tamron 28-200mm on the Sony A7 III, I was able to get sharp shots hand-held at at shutter speeds as low as 1/6sec when shooting at wideangle. This is a pretty decent showing, but I’d expect to be able to go about a stop slower with one of Sony’s OSS standard zooms.

At the telephoto end, the story is more complicated. The camera visibly struggles to stabilise the viewfinder image, and my hit-rate of sharp shots dropped to 50% or so at speeds slower than 1/100sec; however I was able to get the occasional keeper at speeds as low as 1/13sec by taking several replicates. Again, I’d expect a better performance from an OSS lens. However, it’s also worth bearing in mind that the 28-200mm’s larger aperture generally gives a shutter-speed advantage of 2/3 stop if you’re happy to shoot wide open.

Reviewing the new Tamron 28-200mm has got me thinking about how mirrorless technology has changed the landscape of lens design. Ten years ago, the firm’s equivalent DSLR offerings were decidedly compromised, with sluggish autofocus and lots of optical aberrations, but this lens is much better in almost every way. It produces sharper, cleaner images by integrating optical and software compensation, while providing rapid, silent autofocus. The fact that offers a significantly larger aperture than its main rival, while managing to be smaller and lighter, is the icing on the cake.

However, two drawbacks bring pause for thought. First is the 28mm wide setting, which feels restrictive now we’ve got used to using 24mm as standard. I frequently found myself wishing for wider when shooting subjects such as landscapes. You could pair the lens up with a wideangle zoom or prime, but that rather negates the point of an all-in-one zoom.

The second question mark is the lack of optical stabilisation, which leaves you dependent on the camera’s in-body system. This is unlikely to be as effective at delivering consistently sharp shots at slow or marginal shutter speeds, particularly at telephoto. But for some users this will be an acceptable trade-off for the larger aperture.

In conclusion, the Tamron 28-200mm F/2.8-5.6 Di III RXD puts an intriguing spin on the all-in-one superzoom concept. It’s capable of producing very decent images, while offering a different set of strengths to the Sony FE 24-240mm F3.5-6.3 OSS. There’s not necessarily a clear winner between the two; it just depends on each user’s priorities. 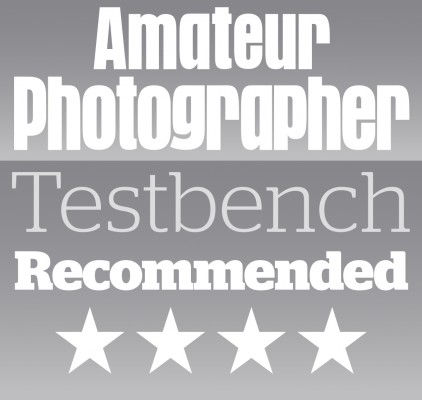