Earlier this month, one furious customer of the Norfolk Camera Centre in Dereham claimed that the shop still had possession of a Canon EOS 5D Mark III he took in for repair.

Another client yesterday told Amateur Photographer that he is owed hundreds of pounds worth of kit, after he took his used equipment into the shop to sell on his behalf before Christmas.

The photography enthusiast, who did not want his name published, said that under the arrangement the shop was due to take commission on the sale of his spotting scope and binoculars, among other items.

‘They’ve got about £400 [worth of kit] or more,’ claimed the customer who said there was no hint that the store was in financial trouble when he visited in early December.

‘I am very angry. You don’t just close a business and run away.’

He said he has been using the shop for the past 10 years and that, previously, staff ‘always seemed to deal fairly and were very helpful with repairs’.

It seems the owners have not left any contact details on the outside of the shop, at 11 Nelson Place, forcing customers to visit a nearby Nationwide building society in a desperate search for information.

A message on the shop’s website does not provide a reason for the store’s closure (see below).

Meanwhile, photographers have turned to the internet to vent their frustration.

One client, who gave his name as Martin Roberts, claimed he was owed ‘£8,000’ in a message he posted four months ago.

Another, writing on 4 January under the name Mark Ryde, said the shop still had a Canon EOS 5D Mark III that he took in for repair on 14 September 2014.

It is not clear whether the customers have received any of the money they say they are owed.

Neither is it clear who is responsible for the business, nor the shop’s current financial status since it closed down.

Norfolk Camera Centre is thought to have been run as a partnership.

At one time it appears, from website listings, to have traded as the Camera Repair Co, based at the same address in Dereham.

There are no details of either business names listed at Companies House.

The store’s phone remains unanswered, and AP has been unable to establish contact on two mobile phone numbers for the supposed owners, supplied by an unnamed source, despite several attempts earlier today.

At the time of writing, neither had there been any reply to a request for comment sought by AP via an official contact form on the Norfolk Camera Centre website.

A notice on the Norfolk Camera Centre website reads: ‘Regretfully we are now closed and would like to thank our customers over the past thirteen years.

‘Many of you will have become friends as well as customers and we will miss you.

‘If you have any printing work, repairs or commission sales still to pick up and we haven’t managed to contact you, please use the contact form as we will be monitoring for the foreseeable future.

On its first floor, the store housed a photographic studio. 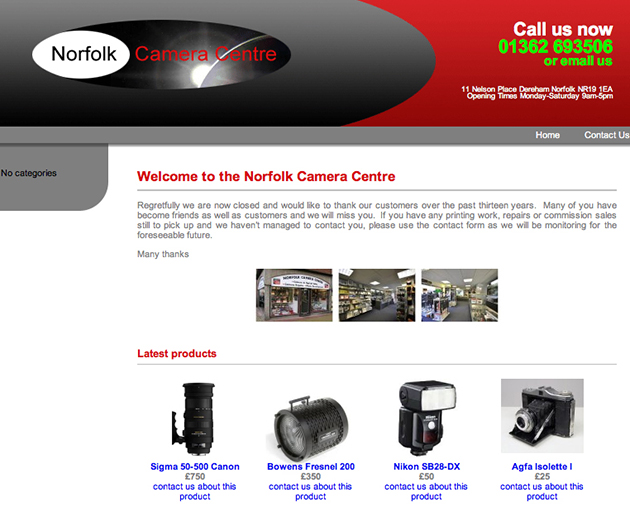 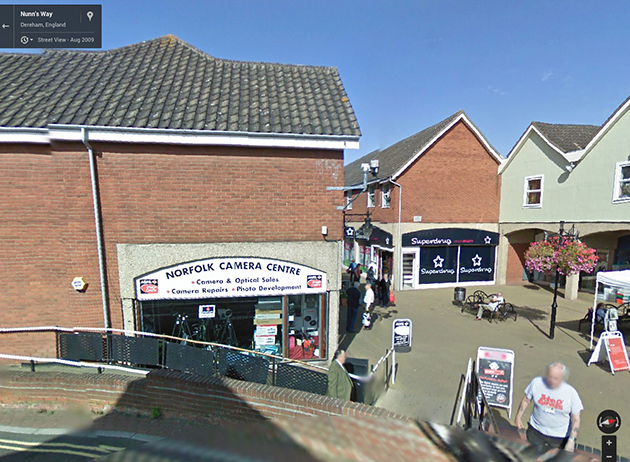