It’s been a busy day at CES for Nikon who have just unveiled a brand new line of action cameras. The Nikon KeyMission 360 is the first of the new cameras and it features two fisheye lenses and camera sensors in a back to back arrangement, allowing to capture 360 degree UHD 4K footage that is merged together to create a complete virtual reality image. 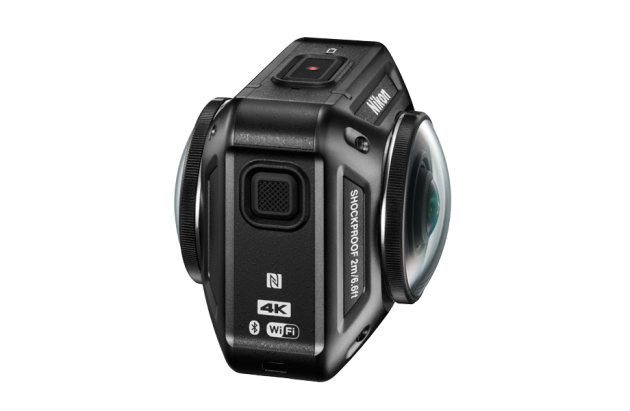 The market for action cameras has boomed over the last couple of years, and it already seems that 2016 will be the year of the 360 degree camera, with the arrival of a variety of different virtual reality headsets from the like of Sony and Oculus.
However, the KeyMission 360 also has a solid action camera status, with it being waterproof to 30m, without needing any additional housing. It also has a rugged exterior that will cope with the odd knock, as well as allowing it shoot in cold temperatures.
With NFC, Wifi and Bluetooth connectivity, the KeyMission 360 action camera will connect to a smartphone or tablet to view footage. More details about the camera will be released in the coming months, with the product due to be released in the Spring. Nikon will also announce accessories to accompany the range of KeyMission cameras in the coming months.

Look out for a full review of the camera on The Video Mode when it becomes available.