75 years on: fascinating photos of the scars that still mark Berlin today

Facades are pockmarked with bullet holes and shell shrapnel, especially around lower floor windows where German defenders set up firing positions. Chipped pillars and statues with their heads or legs blown off stand as silent warnings from the past.

The physical legacy of the fighting is so evident that it can be traced day by day, hour by hour and street by street.

Berliners are accustomed to the damage and barely notice it. But it is a ubiquitous and striking part of the city’s identity and far easier to spot than the few remnants of the Berlin Wall. 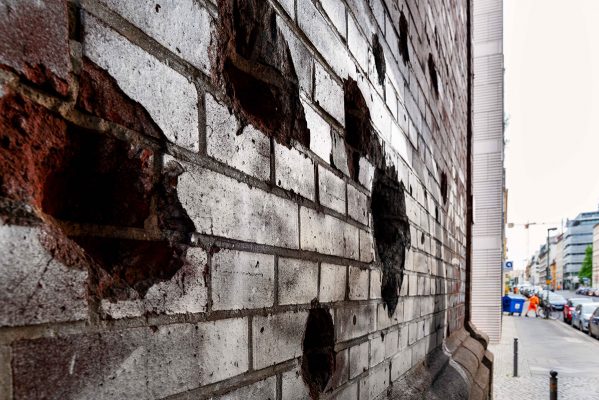 Some clues convey split-second events. On Leibnizstrasse in western Berlin, which was taken by a Soviet mechanised division, there is a neat round hole through a half-metre thick steel stanchion under a railway bridge.

It was made by a Russian shell fired from a tank, or artillery gun, and after it sliced through the first stanchion it nicked the one behind it before exploding against the brick wall of the underpass. The trajectory is unmistakeable and the damage, as evident today as it was in 1945, silently and chillingly conveys the force of the shell. 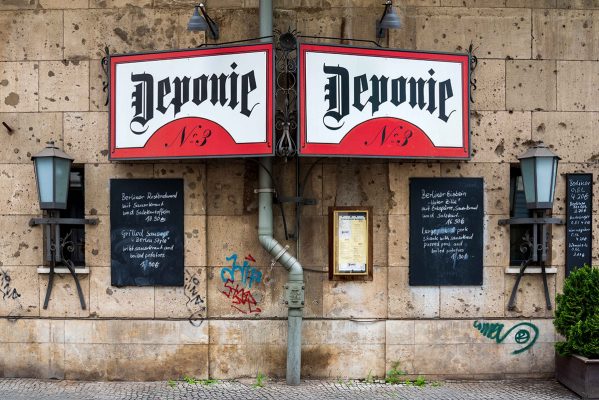 It is one of many clues that show the German strategy to turn the “S Bahn” elevated railway network into a defensive line by filling tramcars with rubble and placing them under the railway bridges.

As a result, some of the most visible shrapnel and bullet damage can be seen on railway bridges and arches. 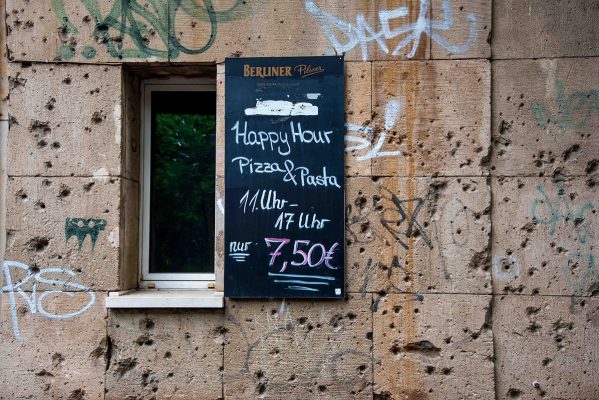 Berlin’s canals were also key points. Möckernbrücke bridge over the Landwehr canal was the site of a crucial episode of the battle on April 28. 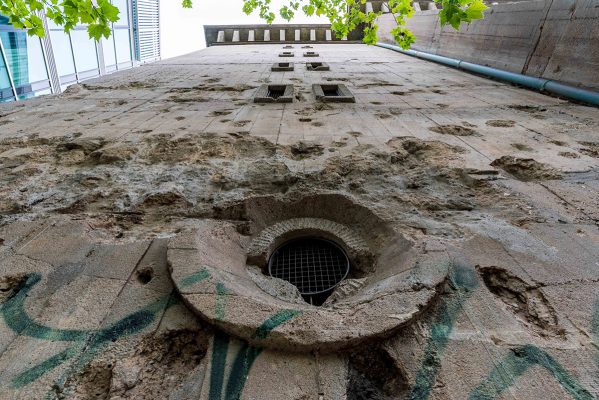 Berlin is marking the anniversary of the downfall with an elaborate digital project (https://75jahrekriegsende.berlin/en/experience/) showing images of the city in ruins and telling stories of the suffering of the Jews and the opponents of the Nazi regime. It replaces an open-air exhibition that was cancelled due to the corona crisis. 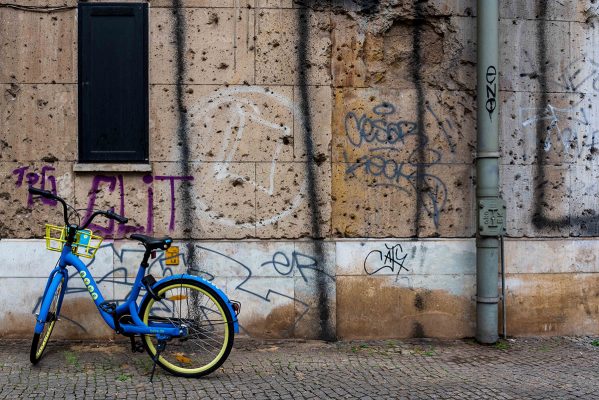 The damage is particularly evident in the former communist East Berlin, which underwent far less renovation than the wealthier west of the city after the war. 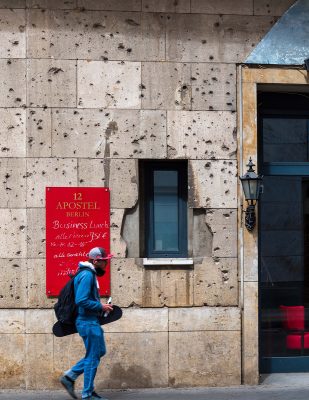 Some damage was left deliberately as a warning, like the ruins of the Anhalter Bahnhof station and of the Kaiser Wilhelm Memorial Church. 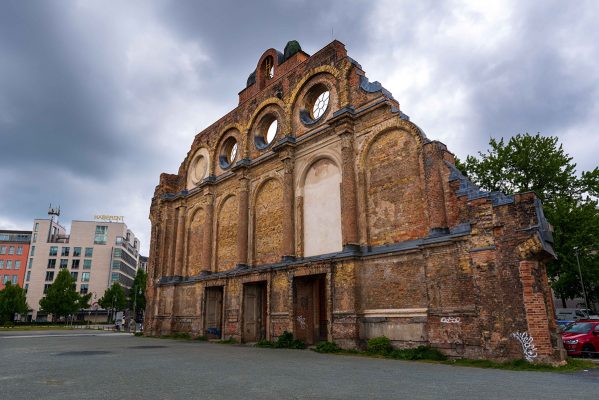 The ruins of Anhalter Bahnhof Station, left as a ruin as a lesson from history

David Crossland, a journalist and photographer based in Berlin, photographed Berlin’s battle damage with a Nikon D750 for a project and to illustrate articles commemorating the end of the war.